AmCham came to life in 1902 as the Manila Coffee Round Table and later as Manila Merchants Association. Incorporated in 1920, it has since then recognized and reconfirmed the commitment of American business to the development and welfare of the Philippines and the Filipino people.

This is a commitment of long-standing, as its mission statement declares:

The Chamber exists to serve the interests of U.S. businesses through the participation of members in promoting their long-term objectives while contributing to the civic and economic development of the Philippines.”

HOPE AT HOME: Taking Care of Your Mental Health During A Global Crisis

AmCham member companies get two (2) complimentary passes, which they must register here: https://bit.ly/amcham-mindanao-july-30-webinar​

Additional representatives and non-members can register through this event page.

A webinar on taking care of your mental health while working from home during this global health crisis. 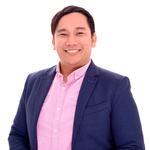 Marlon Molmisa served as part of the Management Committee (ManCom) and Business Development Team of BGM Corporation from 2014 to 2015. There he was able to build brands and help in the expansion of businesses such as the EC Gas of Eastern Petroleum, Mr. Quickie, and Thai Royale Spa.

In 2013, he was invited by the Junior Chambers International Makati to be a judge of The 10 Outstanding Students of Makati. In the same year, he received a certificate on Social Entrepreneurship and Youth Leadership at the Ateneo de Manila University School of Government.

He worked as a Business Development Officer for a short-time period with one of the first and best training and talent development firms in the Philippines, Businessmaker Academy. This is where he first learned the foundations of a training company and explored HR and Talent Development as he became part of a team that organizes the HR Club Philippines and HR Leadership Summit. Marlon is forever grateful to be part of the Businessmaker Academy.

Standard Price: ₱350 + 10% | $7.00
-For online payments through credit card or Paypal, with an additional tariff due to service charge.

Use this ticket if you or your company are not members of AmCham Philippines.

Standard Price: ₱500 + 10% | $11.00
-For online payments through credit card or Paypal, with an additional tariff due to service charge.